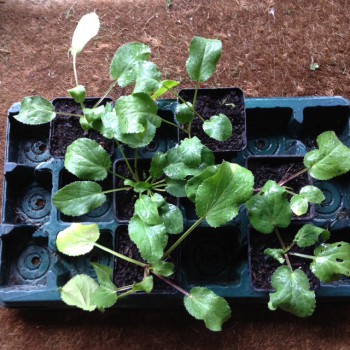 Well-drained soil is recommended for optimum results for growing species of Eryngium. The plants thrive in an open sunny position and will tolerate excessive lime in the soil. Eryngium will also thrive well in poor soils with gravel. I selected the seeds of Eryngium alpinum to trial its flowering performance for 2016. The soil in this Cotswold garden is green sand, a very free draining soil with a pH of 6.5, neutral- slightly acid, unusual for the Cotswolds.

These spiny herbaceous plants are commonly known as Sea Holly. Eryngium are from the family Apiaceae comprising 250 species. Plants are perennials, biennials, and annuals, worldwide except in tropical and southern Africa. The terminal flower on the main stem is the first to open. The terminal flowers on the side branches open after this initial process of flowering.

Eryngium alpinum originates from Europe in 1597, it is one of the larger flowering Sea Hollies. The plants produce good round basal foliage comprising sturdy blue stems. The blue cones at the stem tips are surrounded with prickly blue calyx frills. Plant dimensions are approx 750 x 460 mm.

In 1731, a hybrid Eryngium x oliveranum was believed to have originated from the seed of E alpinum.

Eryngium species make striking plant combinations. A good example is to plant them with the daylilies - Hemerocallis. The bright hot colours of the Hemerocallis works to a wonderful contrast with the prickly heads of the Eryngium.

Seeds of E alpinum were sown on the 18th March. It is recommended that seeds are propagated through a warm - cold - warm cycle for germination to occur, germination could take up to 80 days. 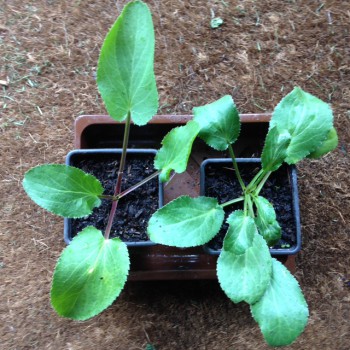 Some of the plants in growing on from the pricking out became etiolated (leggy growth). I noticed that these plants were positioned on the glasshouse bench shaded from the brick pillars of the old lean too glasshouse. There is a marked difference in the strong central growing tip from the plants receiving more light. This growth response is more noticeable from plants which proliferate a strong robust stem surrounded with basal foliage.

During mid Autumn I shall be sowing seeds of Eryngium alpinum in the cool end of the glasshouse. This cool end retains an average temperature of about 8 degrees during the winter, depending on conditions outside. As a comparison seeds will be sown in early winter into modular trays of seed compost and placed into the cold frame. The modules containing the seeds will then be covered with a sprinkling of horticultural grit, (cold treatment - stratification).

Upon germination seedlings from the cold frame will be placed with the seedlings in the cool end of the glasshouse to grow on. The seedlings will be left within the cold frame for about 4 weeks after germination, prior to this move. Previous experiments using this method with some woody subjects has proven to be a success. As an example I have used this method of propagation with species of Arbutus, this forms the National Plant Collection. It could prove an interesting comparison with the sturdy growth of the Eryngiums.

These are the stem and seed heads, I believe to be of Miss Willmotts Ghost. The plants were grown from divisions last autumn. The clumps of plants were all about 20cm across. Clumps were divided in half, carefully using a trowel to avoid too much damage. Divisions were placed about 30cm apart within the cut flower garden. All the plants have responded positively to this method of cultivation.