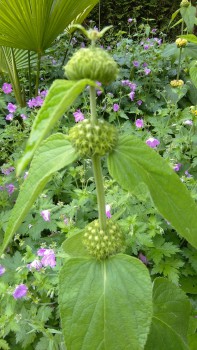 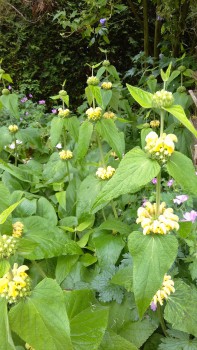 Phlomis comprise 100 or more perennials native to the Mediterranean, Central Asia, and China. Phlomis are extremely hardy plants. Phlomis russeliana, commonly known as Jerusalem or Turkish Sage, is from the family Lamiaceae. The yellow flowers which emerge from the honeycomb-like bracts add interesting structure to the back of the perennial border through the summer. 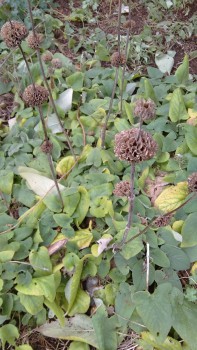 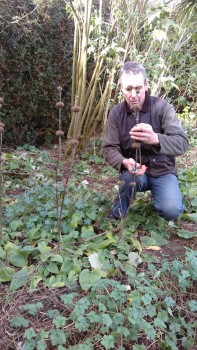 The secateurs are kept away from the Phlomis during the winter months. From autumn onwards the foliage remains intact for a long stretch after most perennials are taken by the frost. The dried bracts on the square stems add excellent structure to the garden throughout the winter months.

Despite my choice to leave the dried stems and heads through the winter, the thick felted broad shaped basal leaves that cover the ground are removed. This rejuvenates lush new growth for the following spring.

The seeds of Phlomis russeliana were collected during the last week in February upon cutting back the dried stems and bracts. Natural seed dispersal will occur, but despite this there are still generous amounts of seed left within each bract. 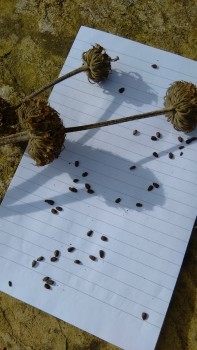 Seeds from the heads 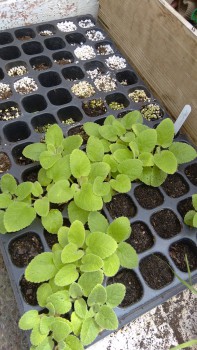 Seeds were stored in an envelope for a couple of weeks in a cool utility area prior to sowing. The seeds were sown on 8th March. Germination occurred after a period of one month at approx 15deg. Centigrade in the heated section of the glasshouse. The image shows the young plants on 5th July.

The next stage is to prick out the plants into 9cm square pots of peat free compost. The young Phlomis will then be grown on within an open cold frame. Plants will be planted into the garden in late autumn, or an alternative will be to over-winter in the frame to plant out next spring.