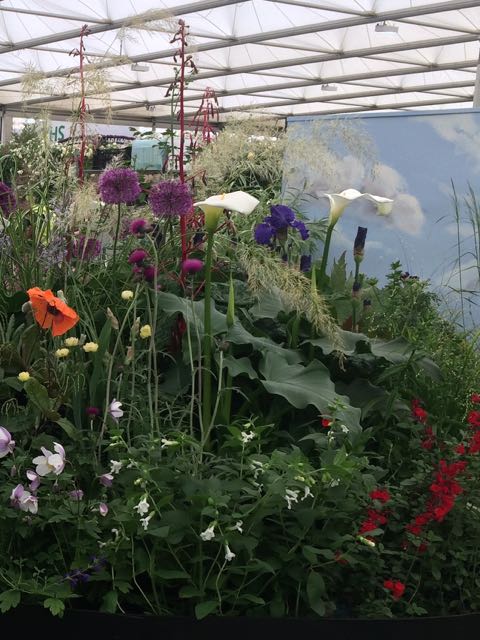 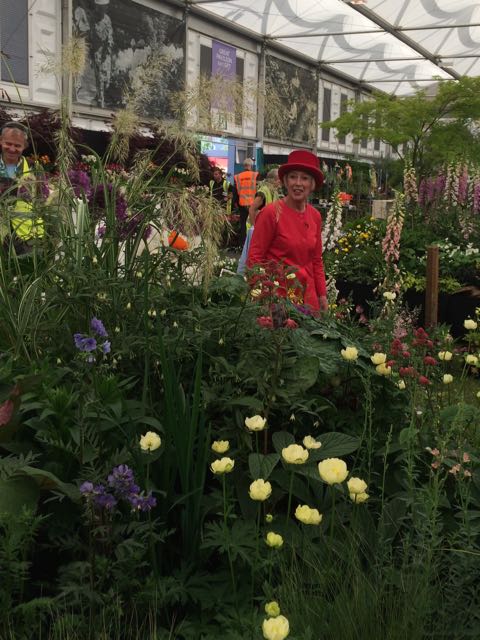 Zantedeschia ‘Glencoe’ was in full flower and attracting much attention on HPS Worcestershire Group’s display celebrating the Hardy Plant Society’s Diamond Jubilee at Chelsea this year.

Iris ‘Peter Hewitt’ was also there, but sadly I didn’t see the elegant bud open whilst I was there at the beginning of the week, although I’m sure it would have opened in the following days. Even Carol Klein walking past didn’t persuade our reluctant bloom! (just behind and left of the Trollius). So it seemed appropriate to feature these 2 excellent plants together for this month’s feature. 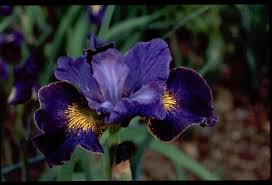 Introduced to the Scheme by Jennifer Hewitt (British Iris Society Registrar and plant breeder) in 2010, it was the result of a deliberate cross-pollination between I. ‘Coronation Anthem’ and I. ‘Golden Edge’ in 1996, first blooming in 2000 and is named for Jennifer’s late husband. The name was registered with the Iris Database in 2003 and was awarded and AGM in 2005 and the British Dykes Medal in 2008.

This is a vigorous plant with deciduous grassy foliage growing to 106cm and flower stems bearing 3-4 buds per stem. Flowers are a rich violet-blue with a thin gold edge to the falls and a rich gold central signal.

It is easy to grow given a moisture retentive soil in sun or part shade and does not usually suffer from any pests or diseases. Propagation is by division of the clump although it is best to allow 3 fans of leaves to each division as smaller pieces may not establish. 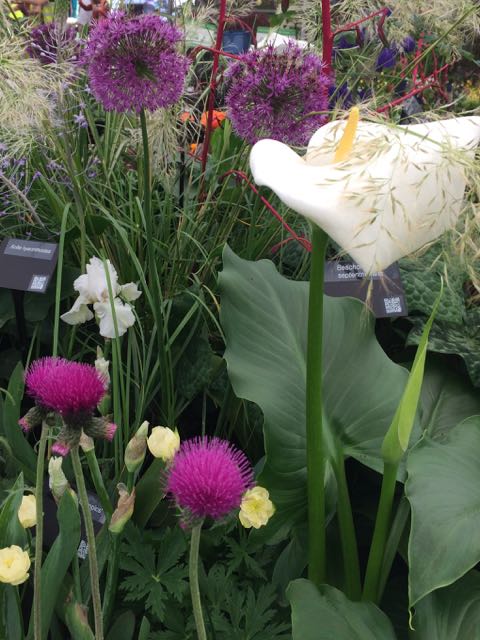 This cultivar was introduced to the Conservation scheme in 2009 by Shropshire Group after a slide of it was shown by Keith Ferguson during a talk he gave to the Group created much interest. Keith and Lorna Ferguson found the plant in the garden of the house they bought in Gloucestershire in 1995 and they were told that it had been there for many years and is not uncommon in gardens in that area. They named it ‘Glencoe’ after their house and garden where it flourishes.

It is vigorous, floriferous and very hardy, with foliage growing to over 1m and the large pure white flower spathes (15-20cm x 12-15cm) are held above the leaves.

Plants respond well to rich soils and regular mulching although it does not do well in water and in very wet soils it dies down over winter and may not produce new shoots until May. It flowers well through May and June in sun or shade (the Ferguson’s have had enough blooms to supply a local florist).

New plants can be propagated by offsets arising at the base of established clumps.

Many nurseries are now offering Z. ‘Glencoe’ (14 in the 2017 Plant Finder, from only 1 in 2015) and will be counted as one of the Schemes successes in due course.

0 Comments To "Conservation Plants at Chelsea"