Four Phlox
A new HPS booklet on Border Phlox will be published later this year, and it seems appropriate that we have several more phlox that are new to the Conservation List. Phlox paniculata 'Maude Stella Dagley' was featured in January, but here are four more of these lovely border perennials being grown and assessed for the Conservation Scheme this year.

According to Val Bourne, the German plant breeder Karl Foerster is quoted as saying "a garden without phlox is not only a mistake, but a sin against the summer".

Phlox are native to Eastern North America, growing in moist meadows and the name is derived from the Greek word for flame because of their brightly coloured flowers. Phlox paniculata, or summer phlox, has rounded or pyramidal panicles of flowers whereas Phlox maculata, the early or meadow phlox has purple-maculated or spotted stems. Phlox paniculata  has long been subject to breeding and selection and there are hundreds of cultivars. 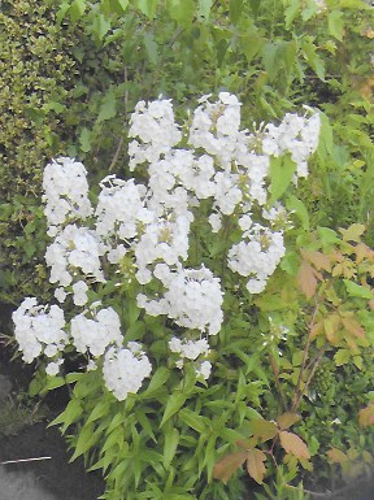 Phlox maculata 'Snow Blush'
From a plant purchased at a plant fair at Hergest Croft Garden from the Overseas Farm Nursery in Ledbury (now closed). It is an RHS accepted name, but not listed in the RHS Plant Finder. In 2003 it was given a First Class Certificate as a Flowering Plant for Exhibition by the RHS when exhibited by Rose Clay of Cowbridge, Glamorgan.
Growing to about 75cm, the stems are stiff and densely spotted maroon-red, carrying flower panicles up to 30cm long and 15cm wide at the base. The flowers are white with faint purplish-pink in the throat, have bright yellow anthers and are strongly scented. HPS members found this plant growing in a pub garden in Cheriton, Hampshire and named it after the village. It was grown by Diana Grenfell and Roger Grounds of Apple Court Nursery in Hampshire and given to HPS Hampshire Group around 2003 when they started a local conservation scheme. There are 4 listings in the RHS Plant Finder, but plants are not often offered for sale. Plants can reach a height of 1m and have large panicles of deep purple flowers with a white eye in July and August.

Phlox paniculata 'Newbird'
According to Beeches Nursery in Saffron Waldon this is an old German hybrid (pre-1930), originally bred as 'Neubert' and this name should take precedence. It was listed in the RHS Trial of Phlox 2011-2013 .
Growing to 1m, it is one of the earliest phlox to flower and the panicles of rich carmine-pink flowers are scented. The leaves are dark green, flushed with red giving the plant a distinctive appearance. Unfortunately there is no image of this plant in the Image Library yet. 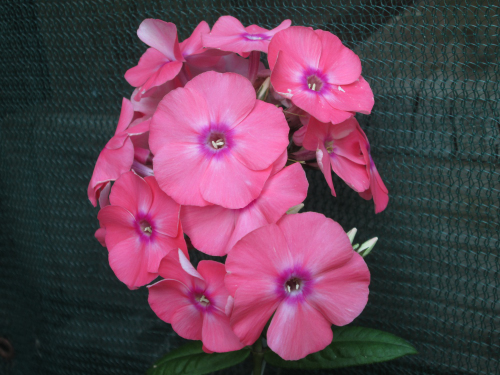 This is an introduction from Alan Bloom's Nursery at Bressingham and first appeared in the catalogue in 1987. The plant has been verified as correct by Jaime Blake, curator of the Bressingham archive, but is no longer listed in the RHS Plant Finder. Alan Bloom named this cultivar after the lady in charge of the Bressingham Office where she worked from 1951 until retiring in 1984.
Plants grow to approximately 70cm and the flowers are an unusual shade of salmony-orange.

Full cultivation advice for these plants can be found by clicking on the name in the list of Conservation plants.