Phlox paniculata 'Lady Clare' is the fourth of the plants introduced to the Conservation Scheme last year. The Hampshire Group thought it worthy of inclusion because the large pale pink flowers with a deeper soft pink eye have a wonderful fragrance. 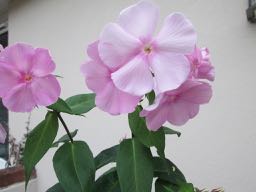 First listed in the RHS Plantfinder in 1993 it is now only offered by one nursery. The original plant is thought to have been discovered as a chance seedling by Captain Bertram Hanmer Bunbury Symonds-Jeune (1886-1959) and named by him. He was a noted rock gardener and a prolific breeder of Phlox paniculata cultivars. He wrote 'Phlox: A Flower Monograph' published in 1954 at a time when phlox breeding was enjoying a revival of interest after the upheavals of World War 2. His phlox were selected mostly for flower size and colour as well as vigour and were introduced to the horticultural trade through Bakers Nursery in Codsall. 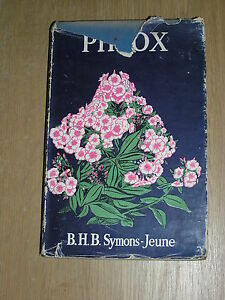 Several cultivars were entered in Phlox Trials at Wisley in the late 1950s and early 1960s, but Phlox paniculata 'Lady Clare' only appears in the Trial of 2009-13 which unfortunately was abandoned without being reported.

Phlox are excellent plants in the garden, flowering in July and August. They require moisture-retentive soil as the foliage may be affected by powdery mildew in dry weather and is often sparse on lower stems. Planting phlox behind a lower clump-forming plant can cover the bare stems. Plants may be susceptible to phlox eelworm so avoid propagating from tip cuttings. Clumps may be divided in spring or autumn or plants grown from root cuttings in late autumn. Phlox paniculata will grow to 120cm x 40cm. Deadhead regularly to prolong flowering and cut back to ground level in autumn.

0 Comments To "May Conservation Feature"