Sally joined the Hardy Plant Society in the autumn of 2001, but only as a national member at first. She eventually joined the Essex group and was quickly co-opted onto the committee as Group Secretary. About the same time she also took on the job of Database Administrator for the Conservation Scheme. She worked with various co-ordinators on the scheme for several years, but by 2013 she needed to step down. She has now passed on the office of Group Secretary, but continues to be actively involved in the Essex group. 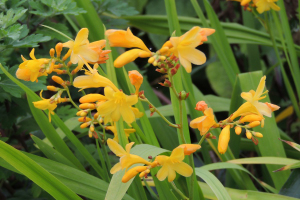 Those HPS members who participate in the Conservation Scheme will know that I am keen to keep growing the plants that have been taken out of the scheme because they are now more widely grown. One of my favourite scheme plants that was not successful with other growers is Crocosmia ‘Vic’s Yellow’.

Vinca minor 'Mrs Betty James' was introduced by the Shropshire group in 2017, it had caught the attention of Bob Brown of Cotswold Garden Flowers. He is the one who named it after the woman who brought it to a plant sale. 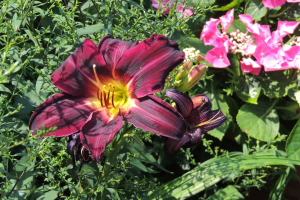 I have always felt fairly neutral about Hemerocallis. It’s not that I don’t like them, but they were never one of those plants that reached out and grabbed me and said “Take me home!” 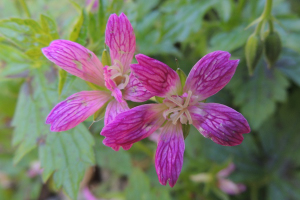 Geranium x oxonianum ‘Fran’s Star’ is doing well in my garden this summer, full of flowers and with lots of lush leaves. It is a clump forming plant, but with long stems of small star-shaped pink flowers and mid-green leaves with brown markings. 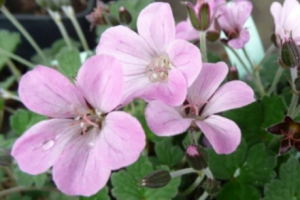 Spring is a time for dividing plants and making new ones. That’s exactly what I’ve done this week with my Geranium ‘Pink Delight’.
I kept it in its pot last year so I could trial it in different parts of the garden. Eventually I decided it belonged at the base of an arching trellis where I have planted a climbing rose. It gets sun there most of the day, and because I keep the rose well watered, plenty of moisture too. 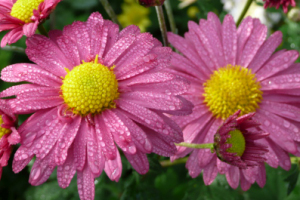 My latest Lockdown Project is to re-vamp an old bed on my allotment. This was almost the first section I worked and planted up when I took on the plot. It was meant to be an herbaceous bed in a sea of vegetables. It’s where I planted out my first Conservation Scheme plants 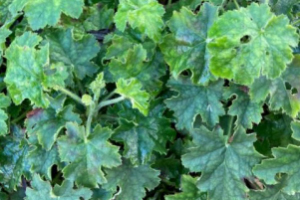 I was reminded lately that even in winter, our plants have something to offer. There is often a subtle beauty to them that is not obvious in high summer. 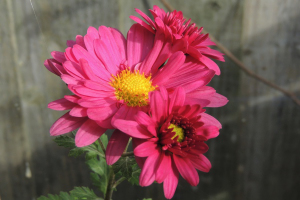 This autumn I’m discovering a new Conservation Scheme plant – not one that is new to the scheme, but new to me. It has actually been in the scheme since 2010, introduced from the Hertfordshire group.