Yoke started her Yoke’s Magic Gardening business in April 2012. She has also recently (January, 2019) started growing a very colourful plant called the Salvia again, of which she used to have a National Collection at former Rodbaston College in Staffordshire. 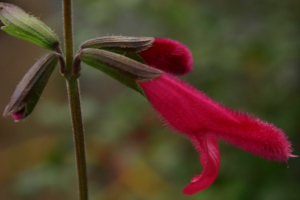 I’ve now got lots of salvias, with most of them given to me by great salvia lovers and collectors themselves.. I will try and do my best to look after most of them just to see whether I can make them flourish once again as they used to at former Rodbaston College. 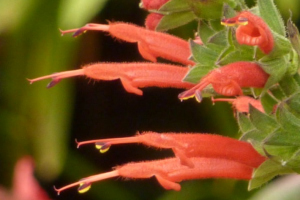 Robin gave it the name 'Penny's Smile' which  I suggested to him in honour of my dear friend Penny, who was a beautiful girl and left this world far too young. She really loved the salvias of which I planted several in her late gardens. And she particularly loved this colour; so a more apt tribute couldn’t be found! To my surprise it has survived many cold winters here in the Midlands. 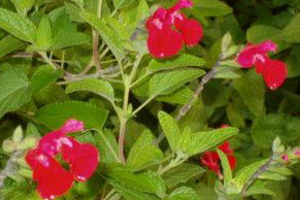 In the first chapter about  the salvias  I told the story how I became hooked to them and this time I would like to introduce you to all of ‘my’ Rodbaston ones, of which I am extremely proud! There are 6 'survivors' of the original 7 which is much better than I had hoped a few months ago. 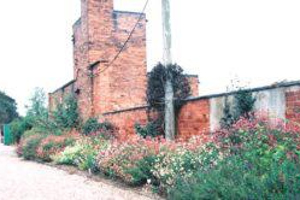 The most easy, versatile ones for use in sunny borders or pots are which I call the ‘Shrubby, small leaved Salvias’. These are hardy to at least – 10 degr. C.  and much more than this in my experience. 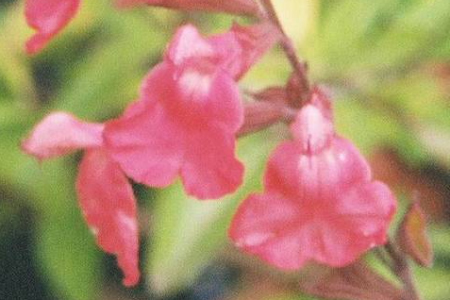 Here in Britain we had Pat Vlasto, Beth Chatto, Beryl Davies (from former Probus Demonstration Garden in Cornwall) and later Christine Yeo to thank for the wonderful pioneering work the'd done with salvias. We now have two lovely salvias to at least honour Pat in Salvia x jamensis 'Pat Vlasto' and Salvia 'Christine Yeo', which is, what I always believed,  a tough cross of S. microphylla and S. chamaedryoides. 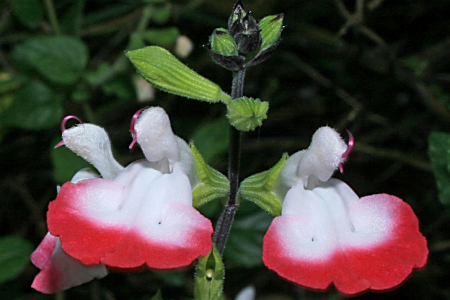 This year I would like to start a whole new 'New World Salvia collection'!
First this will be virtual on my blog, but hopefully I will soon be able to grow all these lovely plants into a fantastic collection in reality!