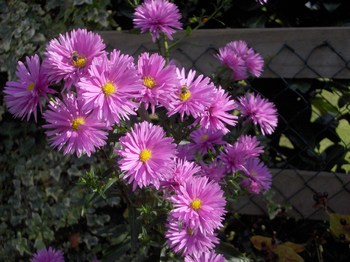 This plant was introduced to the Conservation scheme in 2008 by the W. Yorks Group and has been the subject of some confusion over its identity. However with some delving into past records and help from Members of the HPS its identity has been confirmed.

The National Collection Holder at Old Court Nurseries was the first contact who kindly responded to requests for information. Unfortunately the images of flower and foliage that were sent did not compare with any that they grew or had records of so that line of enquiry drew a blank. Alan Whitehead, the person who introduced the plant to the scheme and the person who knew the history was able to supply the information we needed. He had bought a plant locally and felt it worth introducing but had no knowledge of its history or provenance. He contacted Blooms of Bressingham and Jason Bloom was able to confirm from the images sent that the plant was indeed ‘Farncombe Lilac’ and that they had grown it for some years, propagating it on a small scale and distributing it to retailers. Despite this there are now no suppliers listed in the Plant Finder for 2015 which is a pity because the plant I grow in my garden on the Isle of Wight is much more resistant to mildew than others of its clan, doesn’t need staking as it doesn’t grow too tall and it is a really clear colour with plenty of flowers that are displayed well against the dark foliage. One of our growers has given a plant to the National Collection Holders at Old Court Nurseries recently and it will be interesting to see what their assessment is. 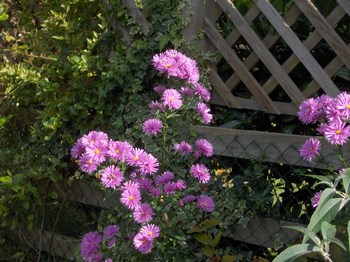 Symphiotrychum ‘Farncombe Lilac’ has, as its name suggests, double lilac-coloured flowers which contrast well with the foliage. It grows to between 60-75cm with a similar spread and flowers from about August to October in a sunny to part-shaded position. It needs a moisture-retentive soil that doesn’t dry out in the summer but having said that it hasn’t succumbed to mildew in either of the two places I have been growing it for the last 3 years. The foliage is dark green and, for me, has remained healthy from top to bottom all season.

Propagation is most successful by division or rooted stem cuttings and it doesn’t appear to have any slug or snail problems.