My wife and I have taken our holidays in France for the past twenty years or so. Initially we took our caravan and children, touring all over the place, but generally to new parts of the country each year. We, of course, visited the Loire valley and went in to some of the wonderful Châteaux that the region has to offer. Without doubt there are some beautiful château gardens to be seen, such as those at Villandry and Chenonceau. Once the children had flown the nest we had the opportunity to 'spread our wings'.

We have now visited quite a few gardens in Northern France, and it seemed appropriate to let others know of our experiences. With one exception, all of the gardens I shall write about are in the English, rather than the French style. I shall start my journey in the West and conclude in the East. 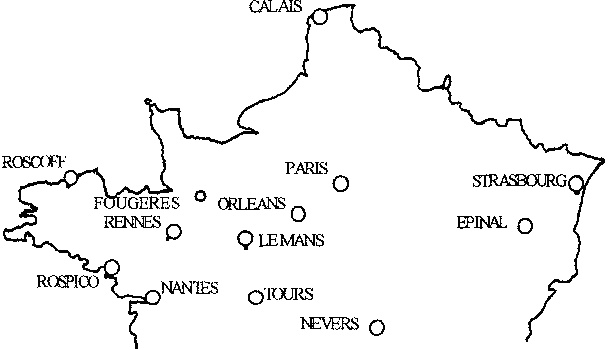 I have scored each of them in my own, 'smiley face' ratings of

First published in the Shropshire Group Newsletter, January 2008
and subsequently in Cornucopia Issue 23
© Copyright for this article: Mike Chapman

This article was taken from a copy of Cornucopia that was published in 2009. You could be reading these articles as they are published to a national audience, by subscribing to Cornucopia.