Cornucopia - Compo gets the point

Compo gets the point
Compo Steep 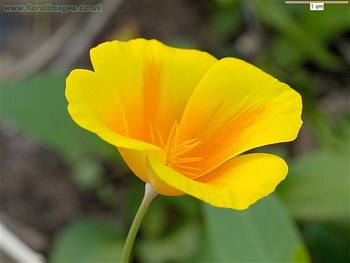 One of the more contentious issues with gardeners, I’ve found over the years of trying to be provocative, is labels and labelling. It could be argued that we should get out more, but as gardeners we would like nothing better! It was brought home to me at a propagation workshop many years ago. I was surprised to see someone writing a label starting at the blunt end and working to the point. I happened to remark that I always do mine the opposite way to that. Well, all hell broke loose. I have to say, not for the first time in my life, I found myself in the minority. When I mentioned that I preferred to use a ‘permanent’ marker pen, rather than the century old pencil stub, that at this point was poised in mid-air, and to be frank, looking rather more threatening than a pencil of that age has any right to look, I nearly had to erase myself. It was explained, rather more painstakingly, than I thought was really necessary, that starting at that end allowed you to write the name in full, rather than scrunching up the last few letters. In addition a proper label must have pencil on it or opticians would go out of business, and, that ‘permanent’ markers were just a new fangled fad like televisions (I made that bit up).

Whilst still using a marker pen (I already have to wear reading glasses) I grudgingly have to admit (very quietly) that it’s not unusual to pluck an old pencilled label from the ground, and still be able to make out the name (of the missing plant) whereas some felt tip markers can leave you in blissful faded ignorance. On the ‘writes’ and wrongs of labels, I will not be swayed in my conviction that one has more room to grip the label at the point, and to write in tiers (ie one name above the other); using 5” labels there is sufficient space for 3 lines. This allows for the inevitable snapping off of the label (after about 18 months of exposure to daylight) about halfway. If you are left with lysi...cleth... rather than ...chia ...ides, Lysimachia clethroides is much easier to deduce. The defence rests m’lud!

My dependence on labels was brought home to me when, showing my 3 year old grandson a wonderful expanse of self-sown Eschscholzia (Californian poppy), trying to humour me he remarked that he liked those ‘weeds’! When I asked why he thought they were weeds, he looked at me rather disparagingly and said “because they haven’t got a label”! The training continues.

First published in the Kent Group Newsletter, Summer 2009
and subsequently in Cornucopia Issue 25.
© Copyright for this article: Compo Steep