Last Month in My Garden: January 2016

Joe Sime has written a garden blog on this page for three years but has now taken a well-deserved rest; I should like to thank him for entertaining and informing us successfully for so long.

My own garden, Brockamin in Worcestershire, lies at the foot of low hills east of Malvern and in a frost pocket. I have gardened here since 1980, when it was mostly grass with a few fruit trees. I have slowly dug up areas of grass to make mixed borders, some of which have been rejuvenated over the last few years – work still in progress. 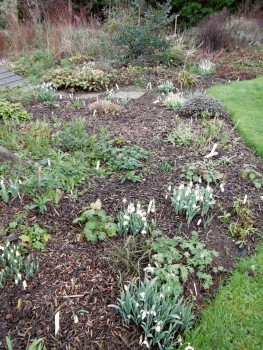 Recent weather has been most unusual: there were few frosts in early winter so that January began with some summer flowerers still producing odd blooms. The spring bulbs had started early so I had snowdrops next to Scabiosa ‘Butterfly Blue’. Galanthus plicatus ‘Three Ships’ is so called because it flowers in time for Christmas, usually continuing through January; however, Christmas 2015 saw mine almost over. G. ‘Mrs. McNamara’, a reliable, vigorous snowdrop for late January, also started in December, as did Narcissus ‘Rijnveld’s Early Sensation’ – for the first time. It is supposed to start early but, although the first of my daffodils, mine is rarely sensational! An “ordinary” trumpet daffodil, this year it has provided welcome colour all month. 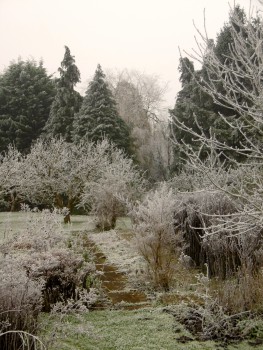 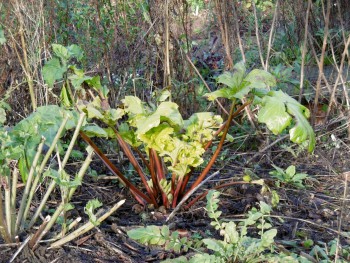 Mid-month we did have frosts. One day the frost did not melt in the shade; the next, there was no sun and the whole garden remained frozen. However, milder weather returned. Sadly, there had been some damage. It was the first winter in which Acanthus mollis ‘Hollard’s Gold’, planted four years ago, had been displaying excellent foliage but now it is a sad heap of brown mush. 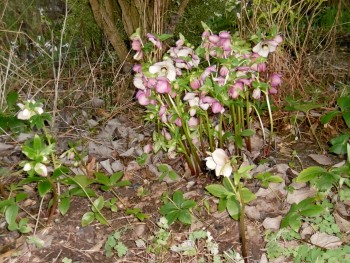 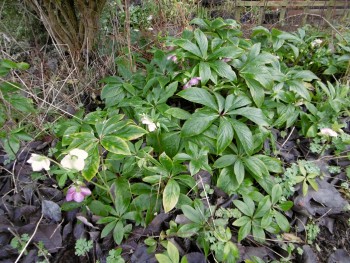 Hellebores have been flowering earlier than usual. I did start to cut off the leaves before Christmas but did not make much progress. Although I generally dislike overpruned plants, I do think this improves hellebores: the flowers are visible and smaller gems, hiding beneath the leaves, are revealed. The plants in the photograph are in a small bed in which, several years ago, I planted three hellebores bred by Basil Smith of Ullingswick, Herefordshire. His breeding programme included the 1980s Günther Jürgl doubles and produced strong plants. Basil no longer grows them but my plants have self-seeded and continued the strain. (Basil has left another legacy in Ullingswick churchyard – Cyclamen coum planted around his family’s graves which now carpet the ground at this time of year.) In most winters, some of my hellebores away from the house are attacked by pheasants, which peck off the flowers (and those of snowdrops) then leave them abandoned. Luckily, I have not had that problem this year; if I surround the plants with netting, it protects them but looks ugly! 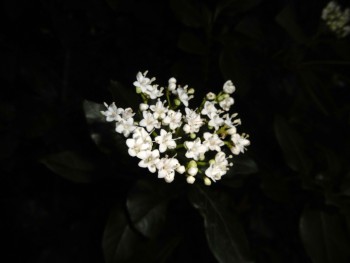 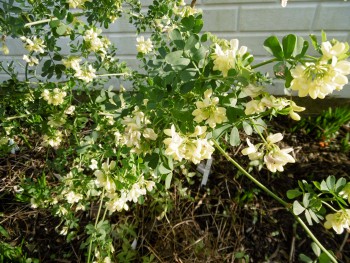 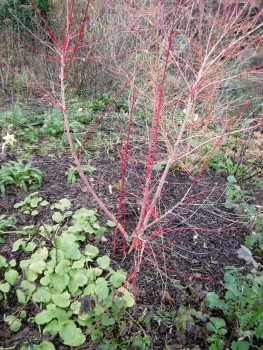 Shrubs are essential features of most winter gardens. I have Lonicera standishii and L. x purpusii ‘Winter Beauty’ for flowers and perfume and, although browned a little by the frost, they have performed well all month, as have Jasminium nudiflorum and Viburnum tinus. All these have been here for many years but I have been particularly pleased with a small bush of Coronilla valentina ‘Citrina’ AGM, planted just last spring and really benefitting from the mild weather. Colour is also provided by the stems of cornus, the best I have being Cornus ‘Anny’s Winter Orange’. The photo shows it in the foreground with ‘Midwinter Fire’ behind and you can see how much stronger is the colour of the first.

Hopefully the plants that have flowered early will not go over soon but continue for a longer season than usual.