Plant of the month has been the daffodil. Those that flowered for Christmas were finished by the beginning of the month but others took over to flower at a more usual time. There have been years when ‘February Gold’ struggles to flower by late March but this year it started in early February and bloomed throughout March, being joined by a steadily increasing number of cultivars. I grow a wide range of sizes and colours, although I am not enthusiastic about most of the orange or pink ones. Narcissi generally do well in the garden because they like the moist clay-based soil. I tend to place tall, large-flowered plants where their dying leaves will be hidden from view; some are at the back of a border, others among Symphyotrichum novae-angliae. The small narcissi are easy to place because their foliage dies away unnoticed; I like to see them planted generously and have been recently increasing the number of bulbs each year. I introduced wild Narcissus pseudonarcissus many years ago; they have taken time to seed and come to flowering but now occur in respectable groups. 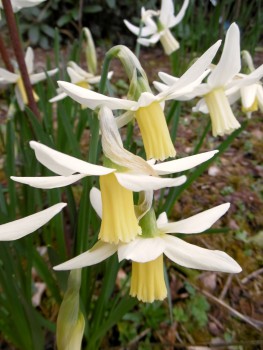 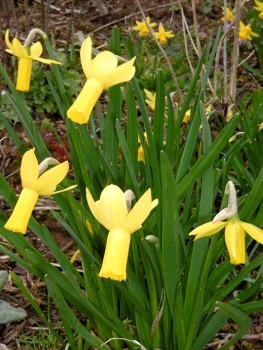 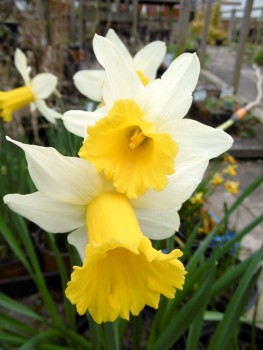 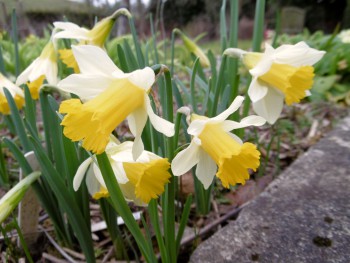 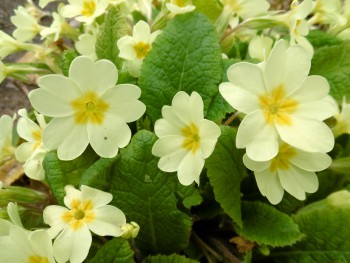 Wild flowers that were in the garden when I came here were primroses and bluebells. I have encouraged the primroses to multiply and am tolerant of their seeding. I was surprised to find white flowers one year and carefully transplanted them so that they now thrive. I wanted the bluebells to grow in the wilder parts of the garden but found them fairly difficult to transplant, probably because the areas I chose were too dry. They multiply vigorously in the borders in which I do not want them! Their leaves flop over other plants and will kill choice specimens. An area which I “emptied” of bluebells a few years ago has produced lots of healthy clumps of leaves; in one place there are even a few flowers – very early this year. I grow the native Helleborus foetidus and Iris foetidissima, as well as colour variants of Iris pseudacorus. I am not efficient about removing seedheads and the last has produced lots of new healthy seedlings in a previously open area of my pond; I hate to think how many are growing in other areas in clumps of named varieties!

I remove seedpods from as many snowdrops as possible but do not get around to all of them. ‘Wendy’s Gold’ has seeded about but one clump only has come yellow. I moved some of the green ones last year – to the back of a new border – and this year have been surprised to find a few were late-flowering with very broad plicate leaves, similar to ‘Augustus’. Galanthus plicatus seems to be the most prolific seeder in my garden, perhaps because the heavy soil suits that species. My good intention to divide congested clumps this year has been followed up by some action, although not yet enough; in March the snowdrops are real foliage plants. 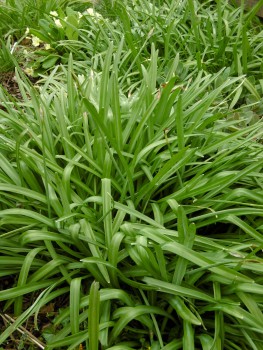 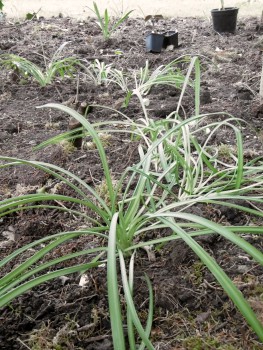 Helleborus x hybridus is one of the most useful plants. The flowers I reported in my January blog have continued ever since; by the end of March, many had turned green but late buds were still opening. In April, their glossy new leaves will be welcome. Similarly, pulmonarias are of interest for both flowers and foliage, looking good for about nine months of the year. They differ from the hellebores in that I collect named cultivars. I do allow seedlings, some of which are excellent, but I weed them out of existing clumps and take care to maintain correctly named plants. I remove dead pulmonaria leaves in the winter so that the plants flower with new, small leaves; the exciting foliage develops later. The photo shows ‘Darkling Thrush’, a seedling found by Sarah and Julian Sutton. It has P. longifolia in its breeding; the leaves of that species often have a dark rim but here it is particularly pronounced. The plant is growing in a sunny border but will be partially shaded by other plants later in the year; some pulmonarias of other species, growing in deep shade, have not yet flowered. 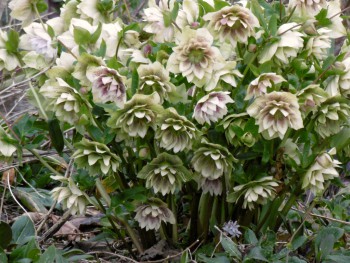 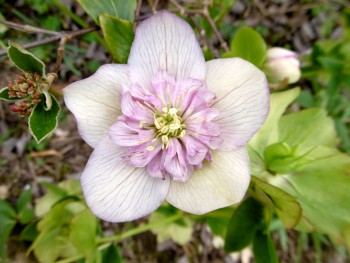 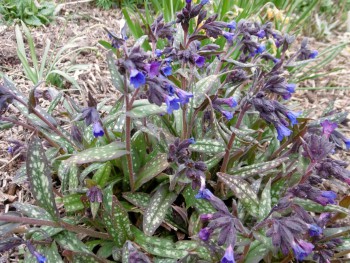