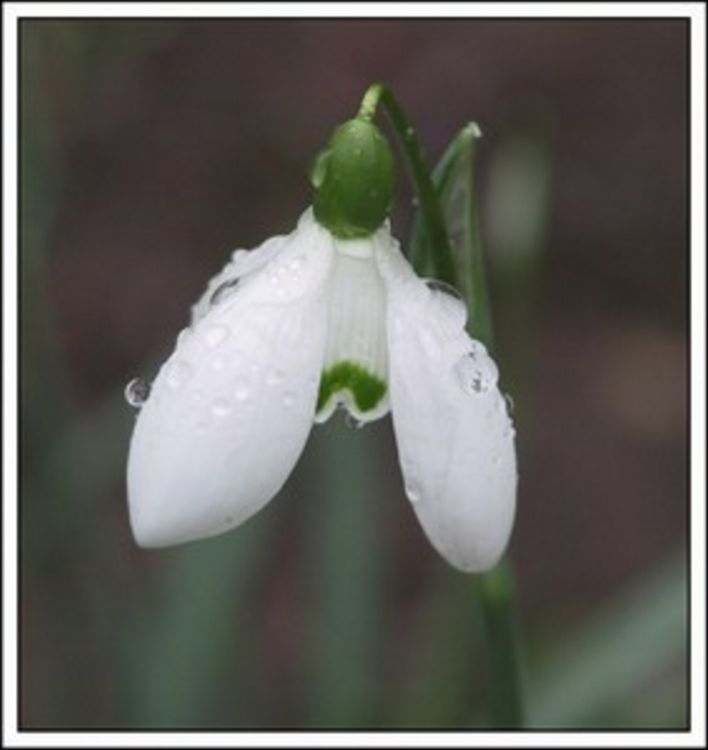 Membership of the HPS Galanthus Group is open to all members of the Hardy Plant Society who are interested in learning about, growing and propagating snowdrops.
Subscriptions are due on the 1st January each year - £5 single per year, or £6 for two people at one address.

The subscription of a new member joining after 30th September is valid until the end of the following year.
Two newsletters are produced per year – members are invited to contribute to these!
All members are welcome to attend the annual Study day (space permitting!) and some or our overseas members make it also. It moves around the UK each year allowing us to explore and visit different gardens which are organised for the afternoon of the study day. The morning includes two lectures and a members plant sale which is always popular! If possible we try to organise garden visits for the preceding and succeeding days so you can make a weekend of it.

To join the group please contact Lyn Miles, details below.

It is hoped this will take place in Salisbury, Wiltshire when our speakers will be Joe Sharman and Eddie Roberts. There will be the usual plant sale and afternoon visits to two nearby gardens.
Five Galanthus-related zoom webinars have been arranged for our members between Sept 30th ’21 and 28th Feb ‘22.
Please see the Society’s zoom talks page for the details.

Instead the Group arranged two free zoom webinars for our members, the first, Anne Repnow gave a talk  “Some Snowdrops” on 6th Feb. and Jim Almond presented his talk “Snowdrops in the Green” on 27th Feb, both were watched by large audiences.
(The zooms were also open to HPS members for a small charge.)

Our 9th AGM & Study Day took place in Nottinghamshire, at Tuxford Academy. Following the AGM we heard talks from Anne Repnow, (whose photography was outstanding) and Mark Brown before visiting two lovely members gardens near Tuxford, Church Farm and The Beeches. Despite the flood warnings and disruption caused by Storm Dennis it was still a very successful event enjoyed by nearly 90 members and many members’ snowdrops changed hands in record time once again!

Our 8th AGM & Study Day took place in Somerset on Sunday 10th Feb. 2019. Coffee and homemade biscuits awaited the 120 or so members attending and soon after large amounts of money were quickly changing hands during the very brisk plant sale. Following the AGM we heard very interesting talks by Alan Street and Michael Dreisvogt before spending the afternoon at East Lambrook Manor Garden (looking wonderful in the sunshine) and Avon Bulbs (a treat for galanthophiles if ever there was one!). An excellent, if tiring day!

Our 7th AGM & Study Day took place in the West Midlands on Sunday 18th Feb. 2018 when our speakers were John Massey and Eddie Roberts. This event was fully booked, the highlight of which (apart from the plant sale) was a tour of John’s Garden at Ashwood Nurseries..

121 members gathered on a cold but dry day at Chedworth Village Hall in Gloucester.  After a hectic hour of purchasing new snowdrop acquisitions, drinking coffee and catching up with friends we took our seats for the 6th AGM chaired initially by Margaret Stone, who was retiring having served two years. Gill Hadland was elected as our new Chairman.
AGM over we then heard two very interesting and different lectures, Julian Sutton’s  “The Origins of the Diversity of Garden Plants” and Jim Almond’s “Species Snowdrops”.
After lunch we were able to look at John Sales’ amazing collection of snowdrops at his nearby garden, Covertside or the beautiful naturalised displays at Cerney House before enjoying tea and cake back in the hall.
Since the AGM we are pleased to report that Sue Potter has been co-opted as Secretary, the Group had been without one since Rob Cole stood down in March 2016.

For more details or to join the group, please contact the membership secretary: